Alternatively the episode could be summarized thusly: Alex trash talks everything I like.


Due to yet another surplus, all adult permanent residents of Hong Kong to receive $6000 HKD each. Nice!

Alex watches ONE SINGLE EPISODE of Red Photon Zillion and trash-talks it. I expect defenders to rush to my aid.

Chinese Medicine
I discuss acupuncture and Chinese medicine. Now, I am well aware that a lot of alternative medicine is utter tosh. Alternative medicines such as homoeopathy or crystal healing have little to no scientific basis. There are, however, many scientifically credible accounts regarding the validity and effectiveness of many Chinese medicines.Alex, unfortunately is blinded by his utterly closed viewpoint. Chinese medicine is not a "quick fix" like modern pharmaceuticals. One does not visit the Chinese doctor when they are "sick"; Chinese doctors treat chronic conditions as opposed to preventative care that "Western" doctors are more likely to focus on. Chinese medicine also does not have the seemingly infinite range of negative side effects commonly associated with modern pharmaceuticals.
"Traditional Chinese medicine has had a long and noble history over two millennia of Asian history, and in many parts of the world it is actively practiced today. There is no question that many components of the TCM pharmacopoeia are successful in suppressing fever, reducing swelling, curing headaches, nausea, dizziness, and toothache, eliminating pain, assuaging the agony of gallstones, or easing Childbirth. TCM probably cannot cure cancer, heart disease, AIDS, tuberculosis, cholera, typhoid, typhus, dengue fever, influenza, measles, or chickenpox. There does not appear to be any evidence to support the claims that various substances listed in the Chinese materia medica can enhance one's virility, detect poisons, or make one live longer."
Ellis, R. (2005). Tiger bone & rhino horn: the destruction of wildlife for traditional Chinese medicine. Washington: Island Press.
Ellis delivers the argument better than I can. Yes, there is indeed outright quackery present in Chinese medicine as there is any medicine. (Remember, many consider chiropractic therapy to be utterly ridiculous.) No, I don't believe eating tiger penis has any beneficial effects; nor do most Hong Kong people, and I suspect, more than a few Mainland Chinese. Hong Kong also forbids the sale of any Chinese medicine made from an endangered species: The majority of Chinese medicine in Hong Kong consists of herbs.
Note: Whilst I doubt anyone will bother reading this, I do request that any comments be made with the above information taken into accounts. I will not respond to comments such as, "O MI GOD I CANT BELEAVE YUR EATIN TIGGER PENIS. YU SHULD GO TO JAILZ LOLZZZ". Formulate an argument with something academic or with something more substantial than hearsay.
Spring 2011
STEINS; GATE

Based off a game; a potentially troubling sign. Plot wise however, it seems to have its hands on the pulse of Eden of the East.
Hyouge Mono

Nothing scares off punk kids like a long-winded historical Seinen drama. This is, by far, the show that I am most excited about. Having said that, I have little to no doubt that anyone will even consider subbing this.  I'm sure all the new loli shows will have 200,000 groups clamouring to be the first to sub them.
Appleseed XIII 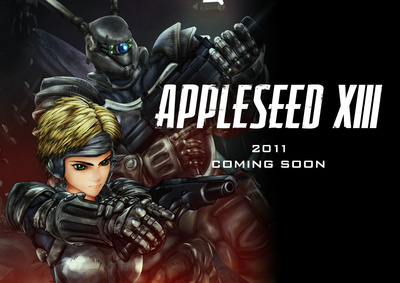 I am not a fan of the recent Appleseed films. Whilst the second one was much better than its predecessor,  I believe the 80's OVA to be far superior. However, as Alex rightly pointed out, one does get a "Cool Japan" 90's vibe when looking at the poster.
X-Men

Much like how Lotte no Omocha! typifies everything that is wrong with Japanese animation, the 90's X-Men cartoon typified everything that is wrong with American animation. Actions scenes galore, but several minutes wasted per episode to show how each and ever soldier had time to get out of their respective tanks or jets before they exploded. Each and every fallen enemy had to be shown to be getting up. (Nervous Producer wiping brow: "LOOK PARENTS - NOBODY DIED. SEE! SEE!") A potentially good story, utterly ruined by its utterly transparent pandering to moral alarmists.
I believe this new X-Men anime will satisfy in the action department. However, thus far Madhouse's (my favourite studio) Marvel offerings thus far have been good; Sometimes very good. But now, more than ever, that's not enough. We may never get something that could entice so many new Anime fans ever again. Let us hope that the third time's the charm.
Review: Genius Party

Genius Party, from a technical perspective is almost flawless. (Emphasis on the word, almost.) The content, however, varies greatly.  Shoji Kawamori and Shinichiro Watanabe are geniuses: We get that. Hideki Futamura? What has he done to be considered a genius? His "Limit Cycle" is by far, the worst of the bunch, incidentally. Listen to the podcast to hear our full review. We will also have a look at Genius Party Beyond at some stage.
Posted by Dane Scaysbrook at 6:08 PM